on December 12, 2017
I know, I know....I didn’t add The Nightmare Before Christmas to my Christmas movie list. It completely slipped my mind, because I watch it year round to the point it’s not tied to any Holiday to me. Silly, I know, and I apologize! The Nightmare Before Christmas is a Christmas movie for sure.
As I was watching the movie for probably the 30th time this month while cleaning my kitchen, I came across an idea when hearing Jack’s Lament.

This implies Jack at one point was alive! It’s something that never occurred to me until I was cleaning my oven disassociating because it’s my least favorite part of cleaning my kitchen. I started thinking about someone who was tall, well read, associated with Halloween, and headless.
It led me to Washington Irving’s short story, The Legend Of Sleepy Hallow. I know what you’re thinking, this is a #reach, but hear me out.

Washington Irving describes the schoolteacher as 'tall, but exceedingly lank, with narrow shoulders, long arms and legs, hands that dangled a mile out of his sleeves, feet that might have served for shovels, and his whole frame most loosely hung together. His head was small, and flat at top, with huge ears, large green glassy eyes and a long snipe nose, so that it looked like a weather-cock perched upon his spindle neck, to tell which way the wind blew.’  Irving actually likened Ichabod Crane to a scarecrow, and when we first see Jack, he IS a scarecrow.

That sounds an awful lot like Jack Skellington. The parts that don’t are parts of the body that decays, like his eyes and ears. Ichabod was also a very strict schoolteacher that had no time for childhood foolishness. He even happily taught the citizens of Halloweentown about Christmas, almost as if he was familiar with teaching. As a teacher, he may have recited some Shakespearean quotations for the kids.

The ending of The Legend Of Sleepy Hallow claims that Ichabod simply moved away, and it does highly imply Brom Bones is “The Horsemen”. Irving does add that Ichabod being spirited away by “supernatural means” becomes an old wives tale. Some old wives tales are actually true, and I prefer to think Ichabod was beheaded by the horseman and taken to Halloweentown. Even if you don’t want to believe he wasn’t taken by the Headless Horsemen, him hanging around the mortal world still makes this work. If the general public regarded Ichabod as dead, they would get a fright seeing him! And if they thought he moved away, they would be surprised to see him around town. Maybe this is where Jack/Ichabod (jackabod Lol) got his love of scaring people from.

The Legend Of Sleepy Hallow was published in 1820, Christmas was not established as a national holiday until 1870. Ichabod Crane would not have understood Christmas as we do. “What’s this?” is the perfect reaction from someone like Ichabod Crane. Some puritans even believed Santa Claus was the Anti Christ, which goes right with Jack’s aesthetic. And, here’s a plot twist for you...the person responsible for the traditional American Christmas, like the one seen in Christmastown was Washington Irving! After visiting England, and seeing how flippin’ lit Christmas could be, he wrote stories about Christmas. You can read them here, they are in the public domain. Washington Irving even revised something that was already published so it could include Christmas. Charles Dickens who? Washington Irving was also responsible for the flat earth theory, so no one is perfect I guess.

We all know how Tim Burton (the creator of Jack) feels about Johnny Depp. When Tim Burton directed his own version of Washington Irving’s story, Johnny Depp was chosen to play Ichabod Crane. When Disney decides to remake The Nightmare Before Christmas, I would bet money Johnny Depp plays Jack. Then, my movie theory will come full circle. 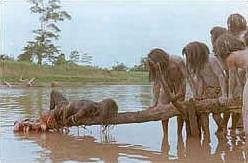 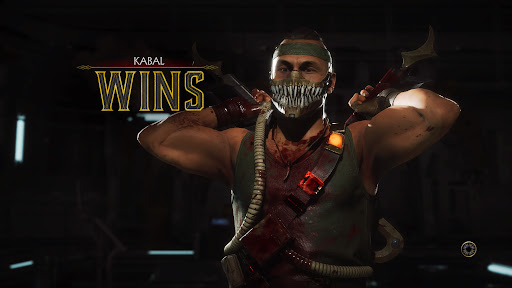 The Kurious Kase of Kabal

The Man of the Sand is a man of mystery. Mostly because he gets retconned a lot. I've been thinking about what I want for Mortal Kombat 12, and I think if Kabal was to be in it. I would want the original version of Kabal. Now, there are technically two "original" Kabals, but the one I am talking about is the one that uses the respirator and mask because of an extermination squad working for Shao Khan almost killed him. Hero Kabal. Hero is a strong word. Let's go with "less bad" Kabal. I think Kop-bal is cool... for a cop....In the NYPD. But I really, really don't think the original version of Stryker will ever come back. I've already talked about why and I am tired of talking about it, and y'all are tired of reading about it. I want them as a duo or no Styker at all. So anyway, I was looking at pictures of Kabal for cosplay inspiration and I noticed that as usual, I was right. Remember when I said it was weird that Kabal has no friends, si